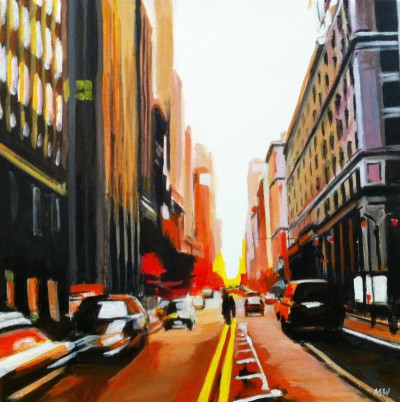 Her ability to capture the behaviour of light and a sense of movement and atmosphere within the urban environment is compelling. Her trademark expressive painting style has been described as a form of ‘contemporary realism’, and usually focusses on dramatic dawn and dusk urban landscape scenes.

Although Angela has painted the industrial towns of Lancashire earlier in her career, it was to be her dynamic paintings of New York and London that resonated with a discerning international audience. The North of England is where Angela still lives and works, and will always be a source of inspiration.

Angela is a very collectible artist with a growing profile, producing enduring representations of contemporary urban landscapes. As such, Angela’s original paintings of New York, London and the North of England are being acquired by art collectors from across the UK, Europe & USA.

In a recent front cover feature in Art of England, Art Critic Ian Welland concludes his assessment of her work by saying, “Angela Wakefield is the most instinctive artist of our age” 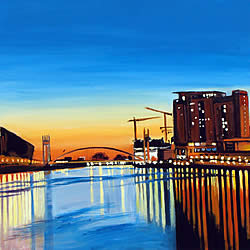 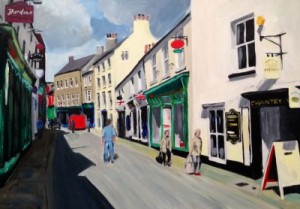 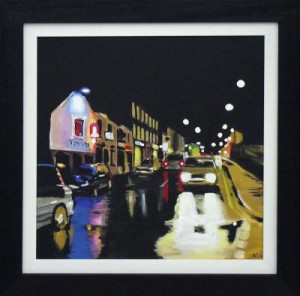 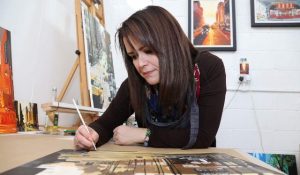 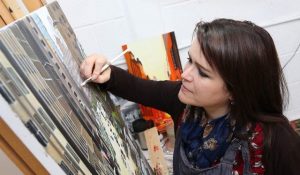 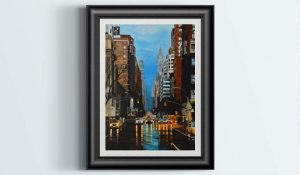